If you just happen to still be considering a social studies selection for your high schooler, there is a course on introduction to comparative world governments offered by Mark Twain publishing company that looks very student-friendly.  This course, called World Governments (social studies activity book) by Daniel S. Campagna Ph.D., can be found in the Rainbow Resource Catalog for around $12.00.  The only other high school comparative governments course in our records is one for Advanced Placement.  Below are the features of this course that will strengthen the student's understanding of the U.S. constitution. 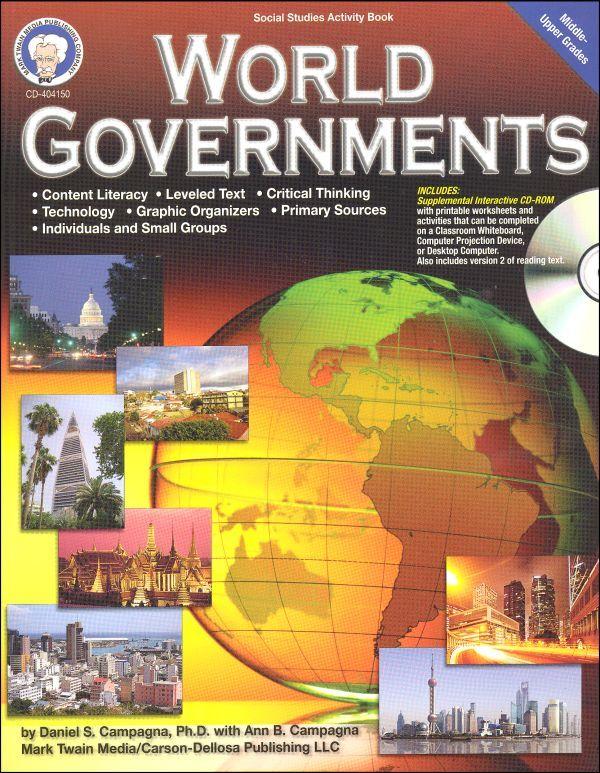 In this activity book, students will learn about nations and governments from all regions of the globe. Considering the 194 independent nations in the world, the book categorizes the different governments into 13 types which are located in seven major geographical regions- Africa, Asia, Central America, Europe, Middle East, South America and North America.  In Asia, for instance, students will learn about the governments of China and Thailand.  In South America, students will look at how the nations of Brazil and Peru are governed.  As the 13 basic types of governments are examined, students will also have a chance to explore deeper into each nation's own particular government, history and culture.
Ultimately students develop enough understanding of government types that they may answer questions such as: What is life like in a successfully governed nation?  How does a nation fail? Where are people happiest (or not)? How has history shaped world politics?  How do nations rate in terms of successful governments? 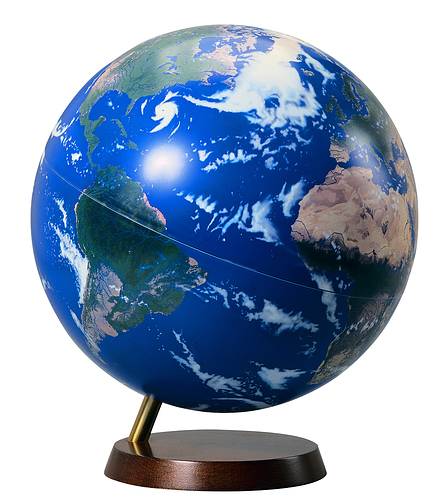 Accompanying the activity book is a CD-ROM which presents the entire activity book at a lower level. The disc also includes puzzles and logic problems, a simulation on designing a new government and links to websites allowing the student to see and hear newscasts or read newspapers from other countries.  Also included are challenge exercises comparing countries' constitutions and exercises on developing a treaty among world governments.
Among the constitution projects is a complete text of the United States Constitution.  For students who would like to supplement this activity book, NARHS can supply a 10 page study guide examining the details about the U.S. constitution.  Whether or not you purchase the World Governments activity book, if you would like the study guide to the U.S. Constitution, just ask your advisor to send you a copy electronically.  The completed guide can be turned in with the portfolio at the end of the year for .25 social studies credit.

What others are saying:

This is WHY we love working with you folks! You continue to be willing to work toward that 3rd path vs an either/or. We indeed share a common mission. Thank you for the energy and creativity you bring to our common cause.

The advisors are excellent, intelligent, patient and available.

Love the handbook and other resources!

We have loved our NARHS journey and will treasure this experience our whole lives!

The staff is so wonderful and helpful!  It has been a true pleasure working with them!

The handbook provides helpful information and is adequate for planning high school, including self-designed courses.  I have always been able to get ahold of NARHS staff and our advisor in a timely manner when we needed to discuss something.

NARHS has been the best option for our kids.  I would highly recommend it for all homeschooling families.

Highly recommended to others.  Excellent resource.  Thank you so much!

He received credit for doing things he enjoys, thanks to [my advisor's] help!

Our advisor was most helpful in helping me develop self-designed classes for my son.

I home schooled one son without NARHS and one with NARHS.  I wish I had known about you sooner.

It’s great that there is such a resource as NARHS.  High School is a whole different story from the younger years!  So much documentation is required. I know that you can homeschool through high school without any certification but for me this is the safer route.

North Atlantic Regional High School, incorporated in the State of Maine under the name Customized Education Designs, LLC., is accredited by the Middle States Association of Colleges and Schools Commissions on Elementary and Secondary Schools as a Learning Services Provider and is recognized by the State of Maine Department of Education as a private school authorized to issue a diploma upon graduation credit completion.